The mandate of Article 33 paragraph (3) of the 1945 Constitution of the Republic of Indonesia which clearly refers to the sovereignty of the people as a collective owner who has an interest in the fulfillment of a common goal, namely welfare for all Indonesian people. Whereas in the context of regional autonomy, it is closely related to decentralization which mandates that the granting of autonomy must be based on the principles that can be seen in the general explanation of the regional autonomy law, namely RI Law No. 23 of 2014. The role of the Aceh Government in this case is represented by the DPRA in The making of the Oil and Gas Cooperation Contract needs to be studied by knowing with certainty the position of the local government (DPRA) in the ratification of the cooperation contract (KKS), especially if the mining location is in an offshore area. Aceh Province as one of the provinces in Indonesia which is rich in natural wealth, one of them is natural resources oil and gas (MIGAS). Based on the TAP MPR. No. IV/MPR/1999 was reaffirmed in TAP MPR No. IV/MPR/2000 concerning Policy Recommendations in the Implementation of Regional Autonomy and TAP MPR. No. IX/MPR/2001 Regarding Agrarian Reform and Natural Resources Management, the existing legal politics in Indonesia in terms of natural resource management is influenced by harmonization and synchronization between the Special Laws of Aceh so that Law Number 18 of 2001 which was later replaced with Law No. Law No. 11 of 2006. 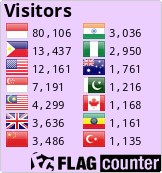